The lack of sex in a marriage and the disconnect caused by this can be taboo when discussing the ups and downs of marriage. Kim Bowen, CEO, and founder of The Marriage Place talks about what to do about not doing the deed with Jessica and T.H.

What Defines a Sexless Marriage?

The key factor in defining a sexless marriage is what Kim calls “desire discrepancies.” In Kim’s experience, “It is extremely rare to find a couple who both want the same amount of sex in the same way, all the time. It’s learning how to navigate those differences and how to talk through them.” For some, a sexless marriage includes having sex only once a month, which for some (not Jessica), might be enough to call it a day. But if their partner wants to have sex several times a week, this discrepancy can only be solved by having that conversation together and getting expectations for the level of intimacy in the marriage out in the open.

Another reason for a man’s lack of sex drive could be something his partner doesn’t even know they’re doing. There are times when it’s some sort of “wounding” that the spouse has done to him outside the bedroom, such as cutting him down or shaming him, thus making him feel inferior and sub-par in his sexual behaviors.

The reasons for women not wanting sex are generally different than the reasons men don’t want sex. Typically, women either come from a stigmatized background where they’ve been taught that sex is wrong or dirty. Other factors could include low self-confidence and issues with body image. Women need to remind themselves that men don’t care that their toes look odd when their top is off. It’s also common for women to lose their sex drive when they feel that they’ve got to “parent” their spouse. This is usually a turn-off for women (obviously), as there’s a disconnect with the functionality each person contributes to their marriage. When one partner is over-functioning and the other is under-functioning, there’s a clear discrepancy that leads to a lack of connection and understanding between the couple. This is an issue that needs to be addressed to find a middle ground within the levels of functioning within a pairing.

The Issue with the Fantasy

Some men will think they’ve got a bad sex life because their partner won’t initiate. The thing is, women are typically more about responsive desire, where they’ve got to be turned on before wanting sex. However, men have gotten it in their heads that women should be approaching them. On television and in porn, they see women approaching men, and if they don’t see this happening in their own lives, they’ll assume that something’s wrong. This is where we’ve got to reexamine how we approach sex. Instead of looking at ways to have more sex, let’s think about how to have sex more often. What’s getting in the way? In Kim’s words, “You have to deal with both the accelerator and the brake” – what’s prompting sex and what’s preventing it.

What about chemistry? Attraction? T.H. raises this question to Kim, seeing as so many people consider chemistry to be a major factor in how people perceive what is considered good sex. The thing is, as Kim wisely puts it, “You are attracted to whatever you have decided is attractive.”

So what do you consider attractive in your partner? Digging into what you think is attractive and why can help identify the different layers of attraction you feel for your partner. Identifying these attributes is a key step in building back that relationship and the level of intimacy you and your partner once had.

When Kim’s clients come into The Marriage Place, the last thing they want to talk about is sex. However, sex is a major factor in a stable relationship, and bringing it to light is the only way to get to the nitty-gritty aspects of a rocky relationship. Kim trains her team to ask about their clients’ sex lives, because “if you’re not talking about sex, you’re not doing good marriage counseling.” No matter the reason for them coming in, she makes sure that her team focuses on this aspect, because no matter the problem, sex is still a vital factor in cultivating a healthy relationship.

This isn’t going to be a quick fix. It’s tough, we know. But to fix this aspect of a relationship, you have to be willing to dig deep and face the issue head-on. The only way out is through, and by putting in the time and effort (and this will take a lot of time and effort), you can get back to having a wonderful sex life.

What to Do from Here

To work back up to this level of intimacy, don’t just jump the gun and straight into bed. Working on emotional connections is the basis for deeper intimacy and is necessary to build back up to a loving relationship. Overall, communication is key in this field, and with communication, you and your partner can get back to being happy and satisfied in every way. 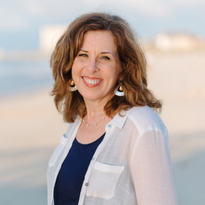 Why We Chose her: Kim educated us on this technique, discernment therapy, and how it worked for her relationship in her marriage, and wanted to help others who were in marriages that didn't have to end in divorce. It saved her marriage.
One Thing she wants You To Know: Marriage is supposed to be hard and that doesn't mean it isn't a good one. It's hard because it grows each partner up emotionally. 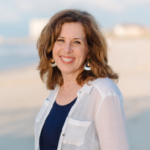