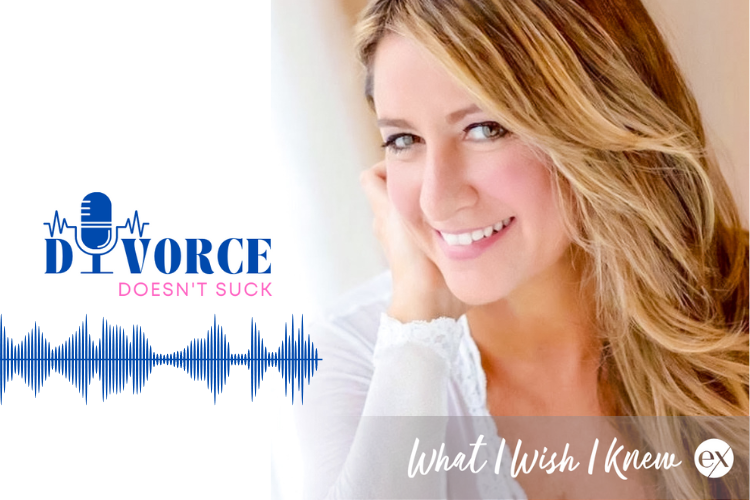 One of the things that we strive to provide through exEXPERTS are stories of inspiration and successful transition after divorce, along with tips on what people wish they had known when going through it all. Wendy Lowy Sloane is one example of all of that – she has so much to share about her own experience that can help others in the process, and she has taken her personal experiences to the podcast airwaves to help others by sharing her own story as host and co-host (respectively) of What’s Up with Wendy and Divorce Doesn’t Suck (with another exEXPERTS, Daniel Herrold). Recently, she sat down with Jessica and T.H. for the Divorce etc… podcast, to open up about her past, her present, and her future.

She worked as a television producer in New York City, covering some of the most significant events in the news, like the JonBenet Ramsey and OJ Simpson trials. “I left the business when I got engaged,” remembers Wendy. At that point, she was burnt out from work and decided it was the right time to take a step back and focus on being a mother. “I wanted to give everything to the kids.”

Fast forward to her post-divorce stage, when she wanted to build up a divorce community and help others who had gone through similar experiences. After seeing Daniel Herrold on the Tamron Hall Show they connected and created the Divorce Doesn’t Suck podcast together.

“I don’t think I was thinking about divorce at all,” Wendy looks back. “I kind of felt like I’m doing this on my own anyway.” He was always working, and she was always taking care of the kids, and it already felt very isolating. Nine years into the marriage, she didn’t feel as though they were in love anymore, or ever truly in love.

But with that being said, would she have changed anything looking back now? “I wouldn’t change that time for anything, because I have my two kids,” Wendy asserts. “There was nothing malicious, there was nothing terrible, there was no cheating, and there was no scandal. I just felt that it wasn’t working for me.”

It came to a head at their last marriage counseling session. They were going around and around in circles, and finally, she had enough. She wanted a divorce. “It became a business deal to him,” Wendy recalls. “It became very ugly.” As a businessman, he went right ahead in treating it like a transaction and consulted with all the big attorneys in their area so they would not be able to represent Wendy because that would be a conflict of interest since he’d already met with them. His focus was all financial, all monetary. And this was a tough period, especially considering their kids. And for Wendy, she loves being a mom. So between co-parenting and custody, it was difficult going through all the litigation, and some days she wouldn’t see her kids, who were around eight and nine years old at the time, throughout the process.

All in all, though the divorce process sucks, being divorced doesn’t suck in the end. It works out how it’s meant to, and it’s freeing. So many people will sit in their relationships, unhappy, afraid of taking that final step. But life’s too short for that. You have to do what’s best for yourself. 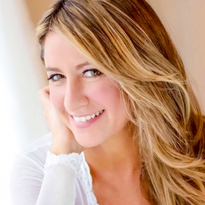 Why We Chose her: Divorce doesn't define you, and it certainly doesn't define Wendy Sloane. She's a dynamo in TV production and now in her own life post-divorce.
One Thing she wants You To Know: I wish I knew that I did not need to rush the process. I thought I had to rush to find an attorney right away. I made the wrong choice choosing my first lawyer and that changed the path of my divorce. 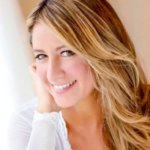