Skip to content
Home / mySELF / What I Wish I Knew – How Do I Know If I Should Get Divorced?

What I Wish I Knew – How Do I Know If I Should Get Divorced? 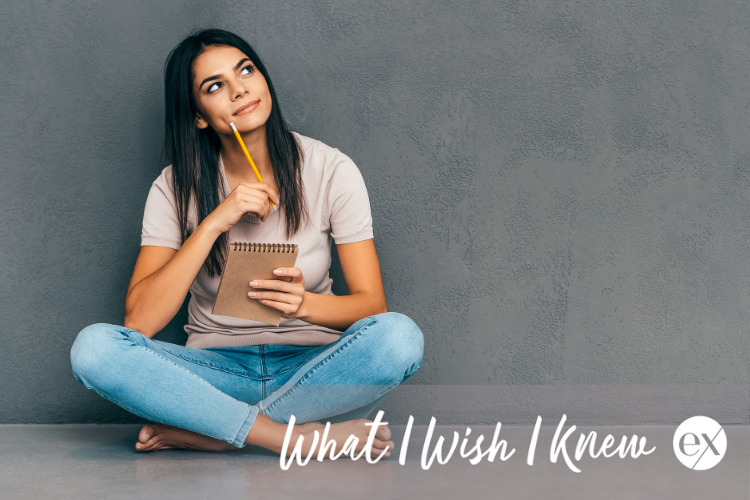 You know when you get butterflies…or feel sick and you are physically fine? For most of the five years before my separation, I had a bad feeling in my gut (which, by the way, changed to butterflies when I got divorced, so don’t get freaked out by this). I was kind of aware of it, but maybe not willing to take it in, not wanting to own it – so I pushed it down. However, it continued to grow and fester. The last four years of my marriage were a real struggle for me as a person, mother and friend. I lost my identity and retreated from my life. I have special friends, a close family and great kids, but no one was living what I was living, and so I felt alone and disconnected.

It was recommended to me that I keep a journal, and my journal spelled out exactly what my gut was telling me – but then I put the journal away (I didn’t write in it regularly) and so the reminder that something wasn’t right was put away as well. It was a great recommendation, but I wasn’t ready to face the facts yet. I wasn’t brave enough.

I wish I had been brave enough to face the reality that my marriage and my relationship with my then husband was unhealthy for me and my family. I wasn’t sure how he was feeling because poor communication was one of our strong suits. I didn’t have the information I needed, I didn’t have a support group to guide me – I was kind of out there figuring things out by myself. That was a scary place.

IF I had been brave enough to trust my gut:

HOWEVER, I am now the strong, independent and confident woman I once was, and my life has been re-charged ever since the day I separated. The divorce process was financially and emotionally exhausting, but I was still better than I was before the process began. I had a best friend who was alongside me as we navigated this process at the exact same time, and although it was a different road for each of us, we both ended up better off because of it. I wish I knew to really listen to, and been able to, trust my gut.