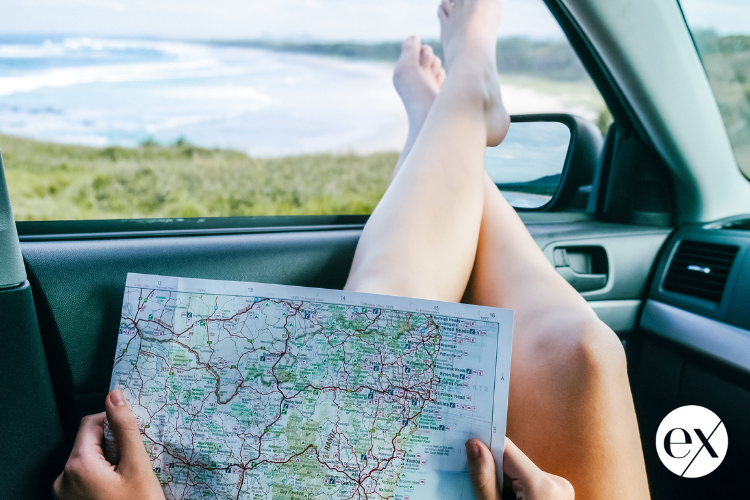 Talk about taking the hardships in your life and turning them into the very backbone of your success – that’s what bestselling author and podcast host, Gabrielle Stone, did, and trust us, her story is definitely worth the read! Facing tragedy after tragedy, the universe finally sent Gabrielle a wake-up call, or maybe several. At the age of six, her father suddenly passed away, and by the age of 18, she experienced another loss when her high school sweetheart died in a car accident.

You’d think the universe would let her catch a break, but nope! Life didn’t ease up then either. After being married for only two years, her husband was cheating on her with a 19-year-old, and then right before a month-long European expedition with her new boyfriend, he left her in the dust to travel alone.

Now maybe you haven’t had the same types of experiences in your life, but in retrospect, Gabrielle sees that all of those things led her to explore the true underlying issues, which was the fear of abandonment. Plenty of us have it, and it might be the scariest thing out there (right after clowns and morning bedhead) but it must be addressed.

Little did she know that being dumped and heartbroken, basically left alone with a ticket to Europe alone would end up being the adventure of a lifetime and offer up a career and a mission that she didn’t even realize was inside her. When you read her book Eat, Pray, #FML, the message is clear: “healing isn’t linear.“ Some days you’re going to feel like the queen of everything and others days, not so much. It’s all about being patient with the person you’re becoming, all while your world feels like it’s falling apart.

“IT WAS LIKE AN EPISODE OF CSI…” WRITE ABOUT IT ALL!

Now there may be many who wonder about the liberty Gabrielle takes in sharing all of the juicy details of her life, especially the reactions from some of the men she introduces us to along the way. But Gabrielle was definitely not worried about what her ex-husband was thinking when she wrote her first book, nor was she careful in the words that she used. It was all about authenticity, minus the substitution for names to save her previous partners some slight dignity — ”I never really was like, oh, how is he going to feel about this…I stand by every word in that book, in both of the books.” For the record, Jess and T.H. applaud that Gabrielle opens up about everything because they believe that everyone has the right to tell and share their own story. They both had experiences with husbands that cheated, but it’s their own stories of triumph over humiliation that they now open up about, and why shouldn’t they?

Gabrielle says when questioned about the success of her book, “It might suck for some people, but you own whatever happened to you. That is your story to tell.” And she’s not wrong; who cares if her ex-husband is pissed and having temper tantrums because she went viral on TikTok? Besides making him upset, it’s also benefiting thousands of women around the world and we think that’s a better way to turn the negativity of the situation into a positive.

But Gabrielle did tread lightly in the book when it came to her most recent ex, Javier, who was the one that had broken up with her right before they were supposed to travel through Europe together. Gabrielle was more conscious about protecting him because the feelings were still there. He even signed a release for her in order to include text messages, as did his mother and sister. But does that mean she sugarcoated it? Absolutely not.

Through sharing her story on podcasts, it’s become a lot easier for Gabrielle to heal and feel comfortable talking about it. All of it. In doing so, there’s been plenty of self-reflection that made her realize — “wait, why did I even deal with that?”

From the outside looking in, readers have argued that her ex was portraying narcissistic behavior in her sequel The Ridiculous Misadventures of a Single Girl. Just one example that struck a nerve was the moment Gabrielle had chosen a bright red lip, (something that she’s always worn) for a red carpet appearance. Instead of commenting on how beautiful she looked, he decided to nitpick at what she wore and why she wore it.

Looking back on it, her reaction remains, “are you freaking kidding me, dude? The audacity of my ex, who was still trying to sleep with me, to comment on my appearance and something that I felt and looked beautiful in. How dare you think that it had anything to do with you?”

The world works in very calculated ways, doesn’t it? When Jessica reflects on her second marriage and how incompatible she and her husband were, she struggles to figure out how it is that they got married in the first place. Sure, there were reasons she loved him, but overall there were far too many differences and there wasn’t a way to sync up. But she doesn’t like to regret things or think “why did I do that” or “that time was wasted”, which is the mindset a lot of other people might have after a similar situation. Instead, Jessica believes that they were brought together for a purpose, “now we are so close. I feel like he is such an important part of not just my life, but my kid’s lives, that I’m like, there was a purpose for him to come into my life and for this to happen and for us to be married because he adds value every day.”

Through every step of Gabrielle’s own story, she’s able to find the value in why she endured these failed encounters with her exes. Javier was the catalyst to her healing journey. She would have never taken the trip to travel the world by herself, so him canceling on her forced her to be courageous – and even more importantly, put her in a situation where she would learn to love herself. And an even bigger plus, the successful novel that came from her experience (three-quarters of which was written on the streets of Barcelona, in cafes in Paris, and on a train to Amsterdam) became a full-on bestseller, which gave her the incredible platform she has today to write more books and host her podcast, all while inspiring women around the world every day. I mean, how could she not appreciate what Javier did to her when it resulted in the best outcome?

“I don’t know where I would be without this book. This book only happened because of the events that took place in my life and because of the men that pushed me over the edge. I would do it again, all of it, all the heartbreak, all of it 10 times over, to be able to be where I’m at now helping so many women and men around the world. It’s been the most fulfilling thing I’ve done.”

When you’re younger, so many have this unwritten non-negotiable list about what they want in a partner. But as an adult, that dynamic changes from silly questions, like “what kind of car does he drive?” into more insightful ones, such as, “Does he have kids? Does he go to therapy? What’s your relationship like with your mother? Do you have an emotional intelligence rating?”

READ IT, ABSORB IT, REINFORCE IT

Eat, Pray, #FML is one of those reading experiences where you feel like you’re there through it all. It was never something Gabrielle set out to do, but that’s yet another example of the clichéd expression the universe works in strange and wondrous ways. The truth is, Gabrielle’s story is a blessing for everyone else out there (and that’s a LOT of people) that has struggled in their lives in one way or another and is trying to figure out how, why and what to do in order to get through it. Just like exEXPERTS, Gabrielle’s book is here to support you, allow you to see different aspects of your life and the decisions you make, and connect us all together in the process. It may not look like a self-help book, but she says once you pour a glass of wine and pick it up, your own healing journey begins.

So if you think you’ve been through the wringer and need a little inspiration to start loving yourself, listen to Gabrielle’s story. And as soon as you’re ready to dig deeper, check out her Self Love Cocktail. It’s the pseudo beginner’s manual for all of us on how to get started on the self-love bandwagon. Written in the epilogue, she discusses how to start practicing self-love before you begin this journey. And no matter where you are, the one thing we all have in common is that life is definitely a journey. 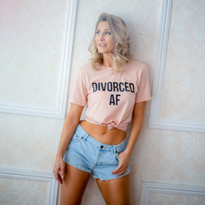 Why We Chose her: Gabrielle Stone turned a traumatic situation into a life changing experience. You MUST read her books (in our exRATED section) where she tells her story of re-discovery and #FML (Fuck My Life). We are all about transparency and sharing stories so people know they are not alone and that is what Gabrielle has created! Eat, Pray, #FML!
One Thing she wants You To Know: That there is a light at the end of the tunnel. Keep going! It's not shameful to be unhappy and want to leave. 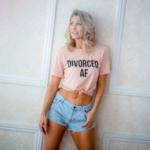