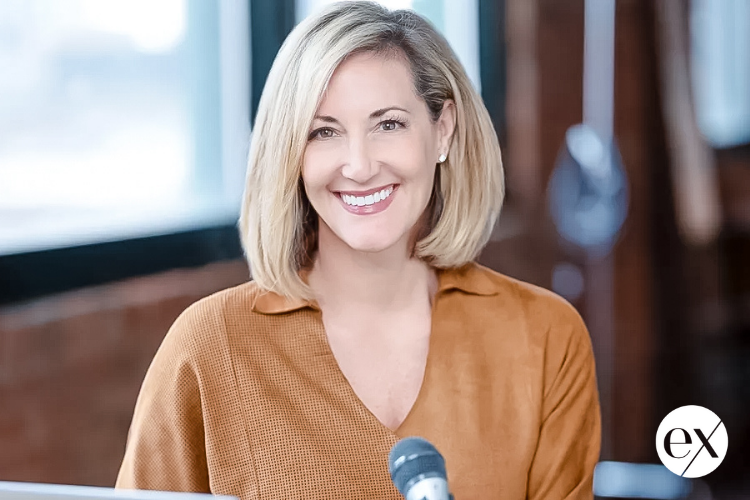 If there’s anything Susan Guthrie wants you to know about divorce, it’s that it can be a process that moves you forward in the direction of the life you want, rather than be stuck where you are. After her experience, Guthrie sees divorce as a potential catalyst for self-discovery. When she is not busy being an attorney and a mediator, Guthrie hosts the podcast, “Divorce and Beyond.” Her message is simple and is rooted in self-discovery – the silver lining of divorce. Guthrie advises her clients and listeners that they’re better off taking a step back and doing some work on themselves before their divorce, instead of waiting until after the process is concluded. This is a lesson she learned the hard way after going through her own divorce.

Guthrie’s journey began 30 years ago when she first became a divorce litigator. It’s safe to say that she spends practically every minute of every day talking about divorce. But one thing that she doesn’t get tired of talking about is how divorce is actually not the worst thing that will ever happen to you. It took Guthrie’s own experience firsthand to realize that divorce has many silver linings. Divorce is really a glass-half-full, glass-half-empty situation. It all depends on how you choose to look at it. For Guthrie, her divorce was the light that sparked many significant changes in her private life, which, in turn, led her to transform her public and professional life. Guthrie likes to share this with people so that they know that divorce isn’t just an ending. It’s the ending of one chapter and the beginning of a new one. It’s a tired but true cliche. Divorce doesn’t have to be a negative experience. It can be made a positive one by looking at it as an opportunity to find a better path. Guthrie uses her learned optimism towards a divorce to help her clients get through the process with a sense of purposefulness and something to look forward to. The keys to developing this positivity for her clients are non-adversarial approaches to divorce, like mediation or collaborative law.

At the time of her divorce, Guthrie had been an attorney for about 12 years. She was really a traditional divorce litigator. When she went through the process, she was smart and hired an attorney to represent her, but she fell into every trap that her own clients fall into. The things she would tell clients not to do when going through a divorce are the very things she did herself. She was very emotional and wanted her “pound of flesh.” Guthrie argued a lot, drowning out the advice of her own attorney. She didn’t bother listening to him because she was an attorney. “Why did I need help?” she thought. Now she had a front-row seat for divorce. Guthrie was usually on the outside looking in when it came to divorce. This time, she was on the inside trying to get out.

Finding her way out and back to herself

Guthrie white-knuckled it through the divorce and bottled up all her emotions. After her divorce, Guthrie found herself dissatisfied with her life. She assumed that after her divorce, life would immediately get better. She thought she would be happy and everything would move forward as soon as the divorce was filed. Instead, she found herself in this imposter syndrome-like scenario. Guthrie likes to put it as if she had a beautiful new home but didn’t feel it was hers. This feeling of disconnect even extended to her career. The dissatisfaction and disconnect she felt accumulated to the point where she didn’t like her life. She didn’t like where she was. Guthrie was able to snap out of her negative spiral by calling herself out on the resentful person she was becoming. That was her aha moment. Guthrie realized she was still looking for completion outside herself. It was then that she began to look inward. It took about three years of working on herself until she was completely ready to meet someone.

Guthrie refers to herself as a serial monogamist. She assumed that she would find someone else. But, she didn’t end up meeting anyone for a while. That, she says, was part of the process. She didn’t meet someone who intrigued her or who she wanted to spend time with. It was unusual for her. It took a little over three years, between ending her marriage and meeting her current husband. That’s the longest she’d gone without a significant other since she was about sixteen and had her first boyfriend. That’s where the real shift in her self-perception started. Guthrie says that her three-year single hiatus was a gift in disguise.

Being alone doesn’t mean you have to be lonely

Guthrie believes that if it hadn’t been for those three years alone she wouldn’t be where she is today.  She admits that it was difficult for her to turn off the dating switch. But the habit of dating and always having a partner was a kind of distraction. Many fall into this cycle of having one partner after another, never finding themselves single. But it’s not an accident if you’re a serial monogamist. It takes two to tango after all. Like Guthrie, many serial monogamists are avoiding themselves. While being single, Guthrie was able to spend time being herself, getting to know herself, and reconnecting with her values. For many years she was trapped in a cycle that was furthering her from her own sense of self. Being alone allowed Guthrie to be comfortable with herself. She thinks that if she had met her current husband without having done that self-work, she would not have recognized the truly stellar qualities that he has. They have now been together for 20 years.

Guthrie took her own experience and started her podcast, Divorce and Beyond, which is a passion project for her. Her first foray into the podcast world was with a fellow attorney, and they started a pod all about the law. Although it did quite well, it wasn’t very fulfilling for her. It didn’t make her feel like she was adding something positive to the world. When she decided to leave that and start her own podcast, Guthrie sat down and asked herself, “What does she really want people to know about divorce?” What is the message she wants to put out there for them? It went back to her central idea that divorce is just one moment of your life, and it should not cause you to lose sight of the future ahead of you. That’s why she named the podcast Divorce and Beyond.

Divorce does not define you.

Still, Guthrie meets people who are defined by that time. People that are stuck reliving the process of their divorce for emotional eternity. Recently, she met a woman who told the whole story of her divorce for a half-hour. The woman told Guthrie all of the things her ex-husband had done with such vividness it was like it happened last night. This woman’s divorce was 26 years ago and she’s still living it. Guthrie wants people to stop carrying their divorce around with them like a scarlet letter. Divorce does suck, but it doesn’t mean your life will suck forever. In reality, divorce is a necessary process. Guthrie never encounters an individual who says their life is not better off for having ended a relationship that was not working for them. Although divorce may suck at times, divorce itself does not suck. Guthrie believes people have to stop thinking of it that way.

Divorce is an opportunity to create a new future.

So many people look at that as a scary thing. It is scary but isn’t a doomsday scenario. The world will continue after you get divorced. The picture of your future is not gone. Think about how many times in your life you have had an opportunity to create a future, to decide to move somewhere, switch jobs, live in a different place, or pick up a hobby. We don’t have that many opportunities where we have some freedom to start anew. Divorce represents freedom. It is a breaking of a past that was holding us back. It’s not just freedom from a non-functional relationship, but freedom to make new choices. It’s the freedom to discover yourself. 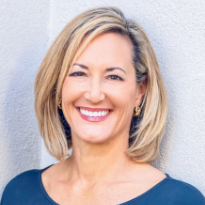 Why We Chose her: A divorce lawyer, who had her own divorce experience and now is in a healthy relationship and paying it forward to help others - well, that's exactly what we like! She gets it as a Real Life expert and guides people to make smart and realistic legal and life choices.
Location: Nationwide 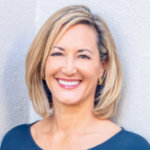