Skip to content
Home / mySELF / Self Care / Why Do People Care If I’m Divorced?

Why Do People Care If I’m Divorced? 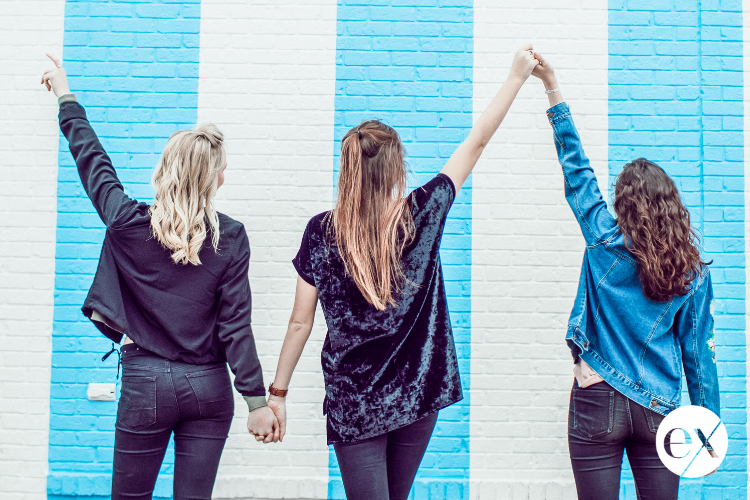 Whether you are going out on a new date, need to fill out medical forms at the doctors or gossiping with the other moms after picking up your child from school– Why is my marital status a topic of concern? The social stigma around divorce is mostly negative but it does not have to be. Guest speakers, Tanisha and Najiyyah discuss their experiences on outside judgement after their divorces and how they overcame it with confidence and grace.

Don’t get delusional, your divorce is not anyone’s business, no matter how many times someone asks at the family functions. It’s hard to ignore what you’re going through, clearly – you’re the one going through it. But you don’t have to entertain others with your news story. Not only are you going through a divorce, but you’re faced with plenty of unnecessary judgment. Give the unwanted commentators the hand; this is your story, not theirs.

After being divorced for so many years, Jessica and T.H. sat down for a free-flowing conversation with two amazing women – Tanisha Russell Day, an HR guru and her best friend, Najiyyah Brooks, a media maven – both of whom are REAL Life experts and have come out of their respective divorces as the strong, independent women so many of us strive to be.

The main topic on tap was just because they’ve been divorced, it can sometimes seem as though that title does not fit any longer. Can any of you relate? Why can’t you just say that you’re single?

Jessica admits that her first instinct was to describe herself as a, “divorced mom of two,” when she wrote a bio for her website a few years back, feeling like that is a part of her identity and she’s proud of what she’s overcome and where she is now. But T.H disagrees with the idea that being divorced has to be such a prominent part of who you are afterwards, especially many years afterwards. What is the statute of limitations on having to identify yourself as divorced? T.H. says that since she, Jessica and Najiyyah have been divorced for 14 years, and Tanisha has been divorced for 11, their divorces aren’t necessary a relevant piece of their identity. Her analogy is, if I broke my foot 20 years ago, do I still have to identify that I broke my foot?

Over the years, experiences in your life may not be as relevant to your present self anymore. Some things you don’t feel the need to talk about, just like your high school sweetheart or the first time one of your pets passed away.

Najiyyah says, “I don’t wear it on my sleeve for anyone to know. In fact, it’s been brought up to me more than I bring it up to others.” These discussions may happen quite frequently, but it’s up to you whether or not you want to bring up the parts of your past. She expresses that 80% of her doesn’t want to say she’s a divorced woman, but the other 20% is calling her name to share her story. She recognizes that it’s extremely liberating to help others, and it can be done without remorse, creating healthy and vibrant conversations about divorce.

No need for explanations

There will always be a million nosy nellies in your business once you’ve gotten divorced, but that doesn’t mean you owe them any explanation or that they need to hear your whole story. People come up with their own opinions whether or not you give them truthful information. Does that mean you have to ignore every single person that asks the question? Of course not, but be confident in your answer if you do decide to give an explanation.

Tanisha has accepted the fact that people are constantly going to come up with their own opinions, all the time. No matter what, she stands her ground, saying that she’s totally over having to prove anything to anyone because she’s secure with who she is. She stands her ground saying “I don’t owe you an explanation about anything, on what I went through, why I went through it and how I’m doing it.”

Everyone goes through their own experiences during and after divorce and everyone has their own reasons to leave their marriage. However, there are still people trying to put their two cents in. In certain communities, such as within the church, you’d expect a more welcoming environment, but sadly that’s often not the case. In fact, in the beginning of Tanisha’s journey, she explains that she was often met with rude, half-assed comments about her divorce and constantly judged, but for what? She asks “there are so many people who are unhappy with their marriage, yet some choose to stay to do the right thing for themselves, for the kids or whatever it may be. If they want to make that decision, then why is it a problem if someone wants to leave?”

T.H talks about her experience attending a party in her small town two months after splitting with her ex. After talking with a woman who had good intentions, it quickly turned into a pity party, with the woman saying things

like, “I want you to know, I’m so proud of you. You’re such a stand up lady. You can party with your daughter and you didn’t hide. We just think he’s the worst.” It brings to light that fact that a lot of people don’t really know what to say when divorce happens, so they say the wrong thing. T.H. though in that moment, “like how are you so proud of me if you don’t know what I’ve been through?” Because the truth is, nobody knows what happens behind closed doors, which is why the idea around divorce is so negative. Who said it isn’t freeing?

The stigma of divorce circles around shame, incapability, and disappointment. There are a lot of individuals who believe it’s because they cannot handle marriage or that their choices are burdening others. But when you start to revisit the topic of divorce, it’s understandable why people make their decisions.

Jessica discusses her openness to the subject and how she takes pride in the fact that she’s divorced. Running a business, handling this, handling that, all while being a single mother – that’s something to be proud of! Divorce takes resilience, strength and a whole lot of willpower, it’s not just this story of sadness that everyone believes. She thinks it’s up to each person if they want to continue to associate their identity with divorce even years later, but the important thing is that everyone should be able to decide on their own. Not feel forced into acknowledging a divorce that could have happened many years prior. Who cares??

In order to dismiss the negativity that already exists around the topic of divorce, remember why you did it. Divorce is extremely difficult and comes with many challenges, a number of which we likely don’t see coming. But if this conversation confirmed anything, it’s that once you are able to make it through the process, there is truly a light – and happiness! – at the end of the tunnel. The bottom line is, you are doing this for your benefit, not anyone else’s.

After her divorce Najiyyah bravely took a trip by herself, surrounded by couples. It wasn’t something she’d done before but it opened up a whole new perspective for her, and helped her on the journey to being comfortable with her self as she is. The couples on her trip[ were mostly amazed that she was able to do this alone, and truthfully, she was too! She tells the women, “It was really liberating to me that I was comfortable by myself. I saw one couple and there was obvious tension. I didn’t have to deal with that.”

All four of the women agreed that many of the negative comments that people receive when going through a divorce will stem from envy. It can be difficult for people to give up what they have been most comfortable with, but deep down they may be jealous of those who are able to let go.

That’s why you must be selfish – Tanisha emphasizes the most important thing to her was making sure her well-being was healthy; emotional, physical, mental, and of course, her son’s as well. Once you start putting yourself first, everything else will follow.

You no longer have to be held back in an ocean of what if’s– what if I didn’t get divorced? What if we tried to make it work? Whether these people are married or not, you are doing what you want to do because it is your life. 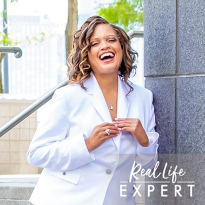 Why We Chose her: Najiyyah and T.H. met several years ago at a women's event in NJ. Divorced more than once, closely involved with the church (which is challenging when getting a divorce). She has evolved in ways she didn't imagine was possible and is the founder and CEO of a women's run media company focused on empowerment and positivity.
Location: Nationwide 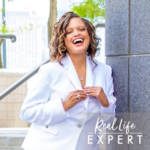