Skip to content
Home / mySELF / WHAT I WISH I KNEW: Divorcing Without Kids is Hard Too!

WHAT I WISH I KNEW: Divorcing Without Kids is Hard Too! 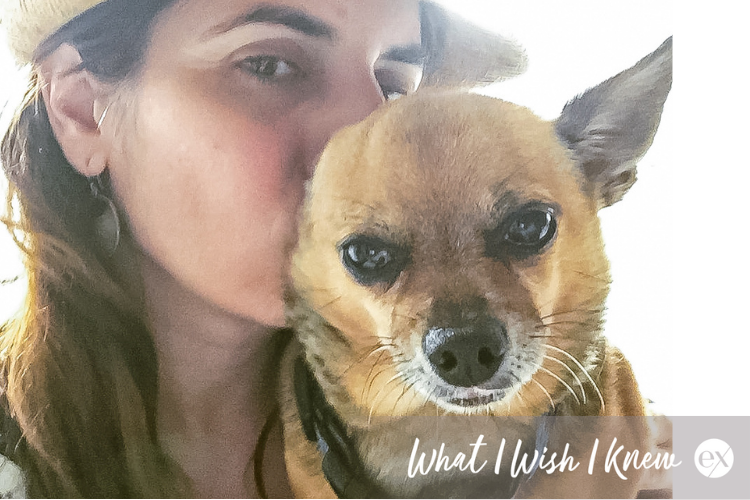 When T.H. and Jessica asked me to join their podcast, I was grateful to share my story about divorce. While it is always painful, my divorce journey was different than friends who had children when they split up. I think there’s a narrative out there that if you don’t have kids, divorce is easy. That it’s just paperwork and then you go your separate ways. But at the end of the day, a divorce is the end of something, right?

The reality is that most people approach marriage with a vision of a future, a dream if you will, of what will be, and it’s the beginning of that life you imagine. An ending, even without children, is still the mourning of that loss and the end of that dream. There is still something to process and to work through. But people think because you don’t have kids, that makes it easier.

My marriage was not a very long one, in total it lasted about two years. But we knew each other as friends before we actually dated, so we had a long history of being in each other’s lives. Even still, it wasn’t long into the marriage, I’d say about six months, that it became clear it wasn’t going to be the happily ever after storyline that I had hoped for. Having this realization early on was probably a blessing for me, but at the same time I had the added burden of having cultural guilt.

Being raised Greek Orthodox in a very traditional Greek household instilled in me the notions that you marry once, and women aren’t supposed to speak up, let alone get divorced. It’s a very patriarchal culture. So while I did not have children to consider, I had other family stresses.

My parents were married almost 60 years before my dad passed away. My ex-husband’s parents were also married for a long time, so our role models were solid. The pressure for me came from their words ringing in my ears that “anything could be worked out if you tried hard enough.” But as you know, sometimes that’s just not the case.

I also knew I really wanted children and a solid family, so when the marriage dissolved it was heartbreaking for me to think that wasn’t going to happen. I felt such a sense of loss and experienced a period of grief that was directly connected to being left childless. With that comes the fact that without kids you have to have the will to move forward alone. Kids give you a purpose to forge ahead, a reason to pick yourself up, right? Without having to worry about anyone else, the attention was all on me.

Don’t misunderstand me. I totally get the challenges, both emotionally and physically,  that divorced parents have to deal with. Revolving homes, disruption to schedules, emotional highs and lows. But when you don’t have anything to focus on besides yourself it can be debilitating.

As life generally works, good things often come out of bad or hard times. And that happened for me. It’s funny, on the day that would have been my wedding anniversary, I went out for a stroll and somehow ended up taking home a dog. Although he recently passed away, that little dog saved my life, because he gave me something to focus on. He was my reason to get out of bed. He needed to be walked, he needed to be fed, he wanted to cuddle and snuggle, which was like an intimacy that I was missing at the time. He gave me a routine again, which I had lost as a result of the marriage not being there any longer.

Despite it being a short marriage, there was a cycle to it, nonetheless. I always credit my little dog, as I used to call him, my little Chihuahua, Brutus, as a great partner. I went from my ex to really the greatest love of my life, which was my dog that I had with me for the years that we were together. I actually am not someone who has a tremendous amount of contact with my ex, but there have been a couple of times that we’ve crossed paths. I’ve joked with him how it was all good, because I really did meet the love of my life because of him.

A very cute thing when I finally got serious with someone else (my current husband), he even included Brutus in the proposal. It was like a big funny joke because he put the ring around Brutus’ neck with a little note and sent him into room to me. He said he knew I wouldn’t say no to Brutus, and that he held the key to my heart. That little dog was a great judge, and I credit him to really opening up my life in the best way possible.

Divorce is never easy, and I want people to understand that it doesn’t hurt more if you have kids or hurt less if you don’t. We all face similar struggles and emotions, and we all go through a process to move on. The real lesson is that we do move on. I wish I knew sooner how happy I could be, and that I would have the strength to get there. 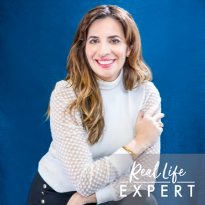 Why We Chose her: Helen is a powerhouse for women and those in need. She's a REAL LIFE expert like us, but unlike us, she was divorced and had religion play a large role in her separation and annulment AND she didn't have kids. She has an enlightening perspective, that is important to hear.
One Thing she wants You To Know: Keeping yourself open to possibilities can help you heal and move forward. 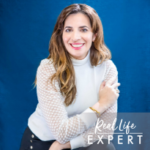