Skip to content
Home / mySELF / What I Wish I Knew: Healing After Divorce – Carmindy’s Story

What I Wish I Knew: Healing After Divorce – Carmindy’s Story 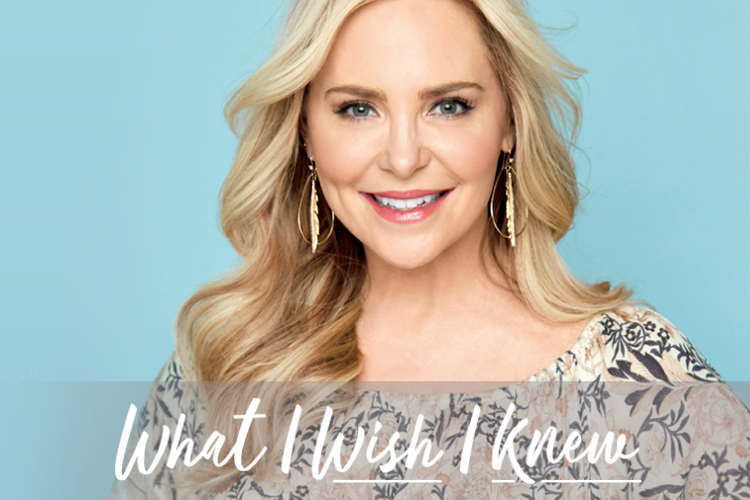 Before moving to New York City in 1996, Carmindy Bowyer set out her intentions. She wrote a note: “Give yourself fearlessly to the unknown. Open yourself to the limitless possibilities of experience. Beautiful knowledge is gained regardless of the outcome.” These phrases culminated into a mantra for the then 20-something year-old Carmindy. She took the piece of paper and taped it up on her refrigerator. Each day, it served as a reminder for her to persevere despite any outcome.

Carmindy is not quick to attribute her success as a makeup artist to fearlessness. The owner of Carmindy Beauty believes that she has always been a risk-taker, but it’s her ability to have fear and still persevere that’s gotten her to where she is today. At times the mantra she wrote herself on that little piece of paper has slipped out of her awareness; yet, it always finds its way back to her. In fact, she lost the note years ago after moving and just found it recently. Now it’s back up on her fridge.

The note is a tangible testament to Carmindy’s unwavering positivity in the face of adversity. Her strength arises from the belief she has in herself. This self-trust is the beacon of light that guides her through the stormy seas of fear. And Carmindy is no stranger to dark moments. Even she has weathered turbulent periods that have clouded her own self-belief.

In 2011, Carmindy found herself in the midst of a challenging divorce that left her slightly disillusioned.

“I’m an open book when it comes to telling my story because every one of us has a very, very unique story, but there are little nuggets with everybody’s experience that we can learn from.”

She fell in love with a man whose intentions were not apparent from the start. In hindsight, Carmindy can now see the red flags that were present in the early days of their relationship.

“All my friends were married. All of my friends were having kids. I was the one that was lonely and not really dating. Here I’m in this wild romance, and I’m like, wow, this is so amazing. He came to the United States, and we decided to get married. I had the same fantasy that we all do, the big wedding on the beach, and it’s my turn. Oh, we’re so in love. I thought that he had the same drive that I did, but there was also a discrepancy in the amount of money we made. And he enjoyed the perks of that.”

Carmindy’s inner compass became obscured by the allure of everlasting love combined with the external pressure to get married.

“I, of course, am so giving…there was a little naivety in me, and I still have it, where I just believe the best in everyone. I see the potential in everyone.”

She loved her husband and wanted to help him as much as she could. However, his inability to make a life for himself became a burden she couldn’t bear.

“He just wasn’t getting his stuff together. I was working so hard and traveling so hard. I had an apartment in New York, I had a home in Miami, and he felt more comfortable being in that home in Miami while I was traveling the country and parts of the world working all the time. Every time I would check-in, he wasn’t really doing much with his life, but he was enjoying the life I was providing.”

When she realized that her husband had been having several affairs, she decided that enough was enough. Carmindy had every intention of giving him the money he needed to support himself after the divorce. But, he got a high-powered attorney and sued her for half. All the cheating, she couldn’t have proved. He didn’t go for what she had offered. Still, she wasn’t going to just leave him hanging. She wanted to help. There came a time when her accountant asked her, ‘What is it worth, the stress and the anxiety? Or is it worth just paying this guy off and living your life and being free?’ So, she ditched the stress and chose freedom.

She wound up having to pay alimony for four years. It wasn’t until the last check was written that Carmindy was able to feel free. She found herself at a crossroads. Here she had welcomed a man with open arms into her world and he left her cold. All she did was give and give and he took and took. It was unbalanced. In that period of instability, she lost herself. After the divorce, Carmindy found herself with a festering anger. She became an open wound, trying to heal. It took her a while to find herself again. With the help of her friends, Carmindy was able to get back on her feet. During this time, Carmindy became empowered by the female voices around her. She was nurtured by the strength of the women who supported her. Having that sisterhood reminded her that she had power, and that’s when everything began to click into place.

She knew she had to return to herself. The words of the note she had written herself when she first moved to New York City came echoing back to her. She had to give in to the unknown in order to learn the lesson from this experience.

For Carmindy, she knew the one way to rediscover herself was by trusting her intuition.

“As women, we don’t understand how much power we harness inside. For me, it’s been every time I’m faced with another challenge, and I surprise myself. Then I feel even more prideful when I get through it.”

Carmindy firmly believes that the power to persevere resides in all women. It’s just a matter of whether or not you can permit yourself to trust your own intuition. It all comes down to self-belief. When you allow yourself to be vulnerable you give yourself permission to resist the fears that impede you from progress.

After Carmindy paid off the last alimony check, she set aside the negativity and self-doubt. She cut off the string that attached her to her ex-husband and broke onto a new path towards independence. The right business people came along, the right opportunities, the brand started growing, and she started growing. Now, Carmindy feels more empowered than ever. She has more self-respect and self-esteem.

“Looking back, I wouldn’t be here today if I didn’t go through all of those terrible situations that I didn’t think I was going to lift my head off the couch. Here I am, and it is all worth it.” 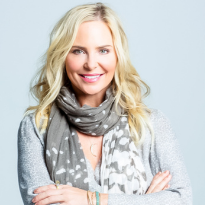 Why We Chose her: In a word, we think Carmindy is fabulous! She's a REAL LIFE expert like us and has faced one challenge after the next, but keeps moving forward to achieve the success she's destined for. Carmindy is now her "best self" and has created a brand that mirrors her passion to make women feel good about themselves, beginning on the inside first. This is exactly the kind of message and product we know the exEXPERTS community will love and benefit from, and we're big fans!
One Thing she wants You To Know: Give yourself fearlessly to the unknown. Open yourself up to the limitless possibilities of experience. Beautiful knowledge is gained regardless of the outcome. 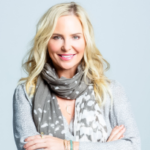