Skip to content
Home / mySELF / How Forgiveness Leads to Freedom

How Forgiveness Leads to Freedom 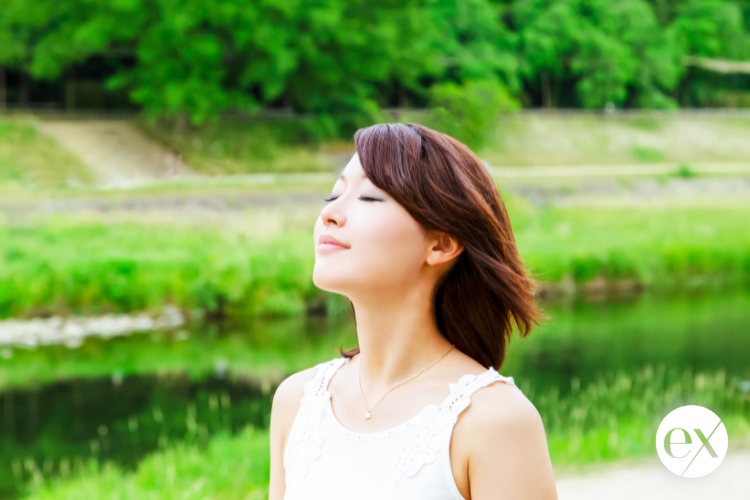 Emotions are largely immediate, uncontrollable reactions to a certain event. It’s an instinctive response that feels beyond our control. However, if the event that causes you to feel bad is recurring and the result of a particular person, there’s a way to reclaim control over how you feel. If someone does something, you can decide whether or not you’ll let them affect you. People should take accountability for what they say and do, but unfortunately, it can’t always be that way. You can’t control how someone else acts, but you can control how you react.

In some instances, being upset is justifiable. It doesn’t always mean it is advisory, though.

Essentially, if you are in a place where you’re getting upset about what someone else does and you feel like crap, that’s a clue that maybe you want to change your behavior. If you don’t feel like crap, perhaps you’ll keep doing it. Barry’s not saying you should be flat-lined and be forgiving of everything. He’s speaking about forgiveness as a tool to let yourself off the hook. Barry says that we carry a trunk full of emotional baggage for something or someone we made mistakes about, held grudges against, or were judged on. We have a laundry list of all these things we do, and unfortunately for most people, it gets trapped at the back of our minds. It doesn’t go anywhere. It doesn’t get released, and it stays there forever. That is baggage that’s weighing you down emotionally, and it also limits your ability to be free. For Barry, forgiveness is a powerful tool that he uses with his clients.

What forgiveness is doing is taking the weight off of the event. It’s taking the weight off of yourself, for example. Your ex-husband screwed you over and was cheating, and you’re feeling upset and emotional; forgiving them seems like the most ridiculous thing to do. The thing is, you’re not forgiving them. This is the key: you’re relinquishing your pain by forgiving yourself from feeling hurt by someone else’s actions.

Forgiveness is a self-practice.

What you’re forgiving is all your own internal baggage you’re carrying. These are the judgments you’re holding against the other person. Forgiving what they did, that’s the thing they did, period. You don’t need to carry the emotional burden about it because you’re only being toxic towards yourself. You’re poisoning yourself because of what somebody else did. What forgiveness does is disconnects that burden.

Letting go of that pain allows you to regain control.

Jessica was in a situation like that, and she feels like she did a great job of letting the hurt go. She and her ex are terrific friends now. They can laugh together and share old memories. They do stuff together with the kids. She knows it’s not the norm, but it is okay for her, and it works.

Just because the event happened doesn’t mean the pain it causes has to be chronic.

The thing about it is that situations are events that have happened. They don’t change. However, the emotional weight you put on top of them can change. You can remember the event, but you don’t have to keep feeling the pain.

T.H. has people who are very close to her, who she feels continually disappoint her. She’s been carrying around this anger, wondering how they can’t see how she feels. She had a call with her therapist and was told flat out that this situation would never change. The only person T.H is hurting by being angry because others aren’t meeting her expectations is herself.

Barry says that one of the things we have a problem with is we assume we’re telepathic. Often you need to have a conversation. First of all, it might be the fact that they’re ignorant of what you need because you never told them from the start. Now, if you’ve told them seven times and they’re not doing it, it’s a different story. But if that person is doing something and you’re getting upset with them, and you’ve never even asked them to change to fit what you need, then that’s on you to simply say, “Look, can we have a conversation? I’m noticing that when you do this, I’m not feeling okay with what’s happening.” If they say yes, then great. If you have a conversation with them and they say no, Barry says not to take it personally. If they say no, their choice is their choice, and you can’t control that. But the truth is, it’s hard not to take it to heart. What he’s saying is if that’s the case, then the only thing you can do is what you do with yourself.

When you forgive yourself, you prohibit the other person from controlling how you feel.

What you are doing is saying no to their action by reclaiming your reaction. By giving forgiveness, you’re removing the judgment spikes they’ve stuck in you. You’re taking out those emotional spikes, those spears that have been thrown at you, so you can actually be whole again. So when they do that behavior, you can stand firm in yourself and simply walk away.

You’re putting an end to a toxic game.

Often, what happens in divorce and in other breakups is that a cyclical game ensues. This is a game of power and control. It is being played by the other person because they want to control you and make you upset so that they can feel better. This person will continue to be disappointing, but you don’t need to take it personally. Their actions are not your responsibility. If someone is disappointing you by not keeping agreements, you can’t trust them. You can trust that they will continue their bad behavior. Still, you can’t trust that they will be responsible and considerate. In this case, you have to accept that’s the way they are, and that’s what they do. What you need to do is choose to take self-action and do something different.

Forgiveness applies to so many circumstances in life.

Depending on who those people are, sometimes you can remove them from your life, and sometimes they are part of your life and there’s nothing you can do, and you have to come to accept that.

The last several years of her marriage, T.H. was in a situation where her ex was not around, and then when he was, she tuned him out. T.H. had trained herself to not get hurt by his words and his actions, and so she completely ignored them. But, subconsciously, they were affecting her. The pain was there. T.H. was not worried about her relationship with her ex; she just didn’t want her family to fall apart. When he was away traveling, she was happy, but it was not good when he came home. It’s hard enough to see yourself when you become a mom and have kids, but it’s another when you have an ex who makes you feel like a nobody. T.H. allowed her ex to let her feel like a nobody. She remembers a woman who came up to her and said, “You’re going to let him talk to you like that?” T.H. didn’t even know the woman that well, so she knew what her husband was saying had to be wrong, but she hadn’t even heard what it was he actually said. In terms of her relationship with herself and forgiveness, T.H. wants to be aware of someone’s words and/or actions, so she doesn’t get hurt. So it is her ex’s responsibility to refrain from his bad behavior, but if she doesn’t call him out on it, then she’s enabling it to happen. You have to stand up for yourself and call that person out.

Couples going through divorce suddenly realize that the completion, which was the marriage that was together, is falling apart.

They begin to feel incomplete and like they’re missing something. But this is one of the biggest illusions. They’re not missing something. The truth is, they actually need to find themselves back again because they’ve disowned parts themselves, or they’ve actually tuned things out like T.H.

If you remove the power that they have, it will set you free.

Barry knows that forgiveness is not easy. It’s not a step-by-step process, and then you’re done. Nine times out of ten, that behavior they’re doing to cross you is intentional so that they get a rise out of you. When you no longer have that reaction, their power goes away. And that’s the value forgiveness adds. You’re saying, “I’m not going to let this affect me anymore.” They don’t deserve your energy being focused on them. You need to focus on yourself. Forgiveness is not the destination. It’s just the tool to let you be free. 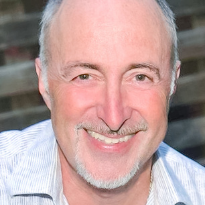 Why We Chose him: T.H. heard Barry speak in a room on Clubhouse and admittedly was first taken in by his voice (his accent is so soothing), but more importantly, his simple advice regarding loving yourself and respecting yourself really hit home. Barry's uplifting message is helpful to anyone getting divorced - he sees through the clutter and noise and provides clear and simple advice with attainable goals that, regardless of the intensity of your situation, you can be successful at achieving.
One Thing he wants You To Know: All of your relationships begin with you, so love yourself first. 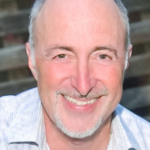